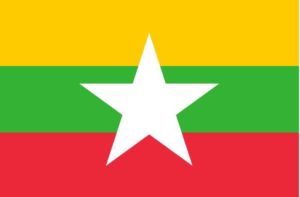 Official Flags of the Past 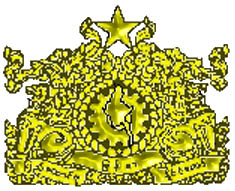 The big star was meant for the Union, and 5 smaller stars were for 5 states.

This is the first flag of the independent modern (Myanmar), which was proudly first hoisted at 4:25am, 4th January 1948!

Very similar to the previous. The only difference is the feathers of the peacock is redrawn in geometrical diamond-shape patterns.

In the diarchy paliament of February 1939, the Governor of officialized this ensign just like other British dominion states. The insignia of the Myanmars, the dancing peacock on that flag was taken from King Mindon’s 1-kyat silver coin. 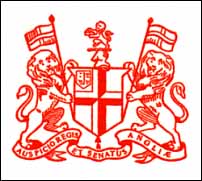 This insignia represents the armed division of the British East India Company, which invaded Myanmar.

This could be the first military flag of the Myanmars. It is not a rectangular flag. A yellow circle on red, and 3 pointed strips to the edge. Original size was 6’x14′.

The yellow circle represents the sun, and 7 animals in 7 colors for the 7 most powerful animails of the universe. Thoese are:

The earliest records shows that this flag was hoisted in Yangon when Myanmar King bought Yangon back from the British for 10 million kyats in silver coins (360,000 pounds or 163,293.25 kg of silver). This flag was also hoisted on top of the Myanmar ship when minister U Kaung (Kinwun Mingyee) went to Britain during 1800s.

It has a white background, with a red peacock biting a branch of flowers. Hoisted with a golden tip at the top of the pole. This original flag was defined as 18 feet high and 27 feet wide.

The early Mons hoisted this flag of golden Hinthar on a green background.